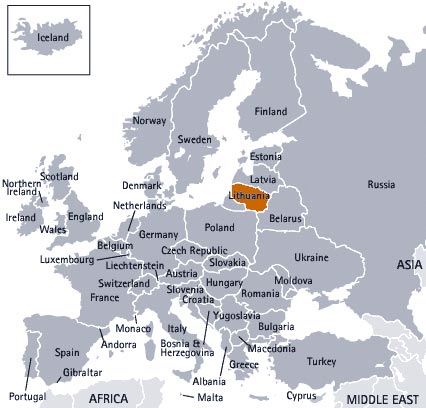 Lithuania is officially known as the Republic of Lithuania. It is a country found in Northern Europe and is among the three familiar Baltic States. It is found on the southern shore of the Baltic Sea, on the east side of Denmark and Sweden. Its main neighbors are Latvia on the north side, Belarus on the east side, Poland on the south side and Kaliningrad Oblast on the southeast side.

The total population of Lithuania was estimated around the figure of 3 million inhabitants during the national census from 2013. Vilnius is the capital of the country and the biggest town. Lithuanian is the official language of this country.