Southern Sound, the working name for Southern Sound Hospital Broadcasting Service, was established in 1994 and broadcasts to the Queen Elizabeth University Hospital in Glasgow.

Southern Sound Hospital Radio was launched at the Southern General Hospital on 25th April 1995 by Alistair McCoist MBE, then of Rangers Football Club.

It was formerly known as Centre Hospital Radio at Philipshill Hospital. That service was launched in May 1974 by Steve Jones, then morning presenter with Radio Clyde. Philipshill Hospital was a centre for Spinal Injuries and, when the hospital closed in 1992, we offered our services to the Southern General Hospital where the National Spinal Unit would open.

Premises for the new studios were identified & there followed many months of work before the new service opened. There was a a short break while we moved to other studios in the main hospital building some years ago.

On the building of the new Queen Elizabeth University Hospital, we moved to our fourth home at external studios one mile from the hospital. 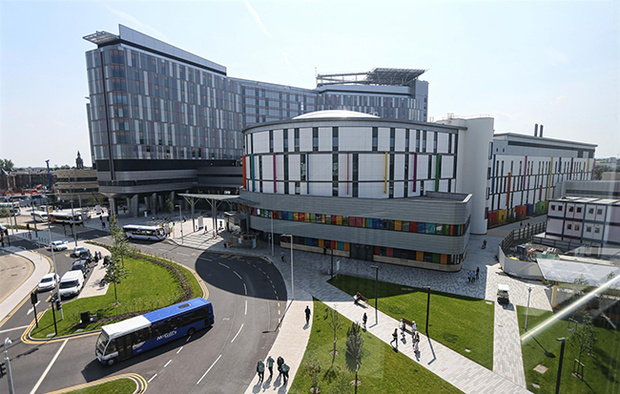